Wi-Fi networks are enjoying a boom. They are rapidly growing and gaining importance everywhere in the world. The advantages of the wireless networks are clear: they allow mobility and easy access with a minimum investment in the access point. Wi-Fi networks are an open gateway to Internet.

The consequences of the overflow of networks

Indeed the easiness to install Wi-Fi systems is what eventually will drive us to the overflow of wireless networks. The saturation of the portion of the spectrum where the Wi-Fi channels are allocated will become a nightmare for installers. Networks will interfere with each other even when using different channels.

As a result, network users will suffer a progressive working speed reduction and eventually the network will become inaccessible. 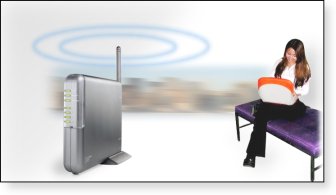 In fact this is what happened during the CeBIT exhibition in Hannover (Germany). The massive number of live wireless systems on show caused a collapse. It became impossible to browse on Internet through many of the existing Wi-Fi access points.

In this scenery a relocation of channels in the ISM radio-frequency spectrum might become necessary. The ISM band is a free band occupied by 11 Wi-Fi channels but also but many other items like wireless telephones, door entry systems, etc.

PROMAX has developed the PROFI-70, a new Wi-Fi analyser that will help to the unstoppable deployment of Wi-Fi networks in professional, urban and private environments.

The PROFI-70 can be used both to monitor the levels of the signals available in each of the channels and to measure the power emitted by the network's access points. It is also a very useful instrument for the alignment of antennas in point to point radio links

An issue that should not be forgotten in the design of any network is the security. In wireless networks it becomes even more sensitive. Many Wi-IF networks use a configuration that is of deficient or even null security. This allows non authorised users to share their resources.

With the PROFI-70 it is possible to determine the level of security of the system and also to detect the presence of intruders in the network.

The PROFI-70 is a precise, practical and easy to use instrument. A simple alphanumeric keyboard allows the direct access to the different modes from operation and a RS-232 interface allows computer and printer interface.