A new option to upgrade the HD RANGER 2 and HD RANGER+ is now available, in addition to Fibre Optics and GPS upgrade options.  This option is the DAB / DAB + which analyses digital radio transmissions. DAB stands for Digital Audio Broadcasting. With this option, the HD RANGER 2 and HD RANGER+ analysers become one of the few field strength meters capable of measuring such signals. We are going now to review some of the history of DAB / DAB +, which has been considered the future of digital radio.

The first developments of DAB date back to the 80s, at the Institut für Rundfunktechnik (IRT) of Germany and after that in the European project Eureka-147. In the 90s, the first DAB transmissions were tested in several European countries. Around 2000, the first DAB receivers become commercially available.

The PROLINK-4 Premium field strength meter by PROMAX, the best choice for installers
along many years, which already included the first version of the DAB standard.

The time elapsed between the beginnings and the commercial use of DAB was too long, so the technology used (MPEG-1 compression Layer 2 or also known as “MP2”) was overcome by others technologies and the result was not entirely satisfactory to the citizens of 2000, especially in terms of audio quality. The DAB+ version, in 2007, it solved this problem using the AAC+ codec, which allows high-fidelity audio, and also is more efficient and robust.

Advantages of DAB/DAB + over analogue radio

Some of the advantages of DAB/DAB+ over FM/AM analogue transmissions are: the most efficient use of the spectrum, broadcasting over satellite and terrestrial, data can be included (text and images) and tuning by station name instead of by frequency.

Reception of audio with text and images services in a DAB digital radio.

Although DAB and DAB + standards are not compatible between them, the DAB receivers manufactured since 2008 can be upgraded via firmware to receive also DAB+. Most digital radio receivers sold today include both DAB+ as DAB and FM digital reception, although its price is higher compared to an FM receiver.

In some countries such as Norway, DAB/DAB+ has reached 99% coverage in the country and the analogue radio switchover has been planned by 2017. In the United Kingdom, 44% of the population now has a DAB/DAB+ digital radio set. In Germany the population coverage is 90% and almost 3 million DAB/DAB+ receivers have been sold.

DAB/DAB+ measurements with the HD  RANGER 2  and HD  RANGER+

After this brief explanation about what the DAB / DAB+ is, we are going to show you the test results obtained by measuring this signal using the HD RANGER 2 field strength meter. 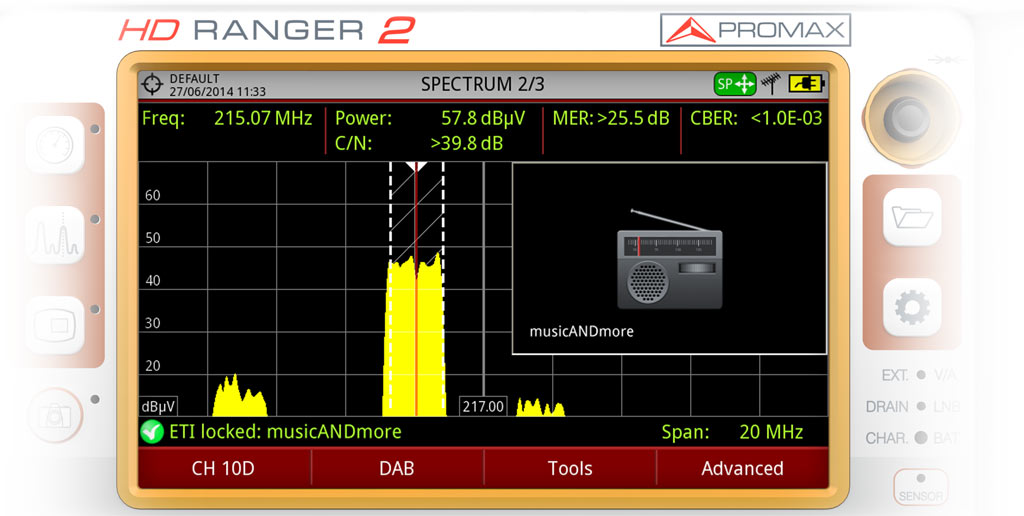 Spectrum analysis of a DAB signal with broadcaster identification. 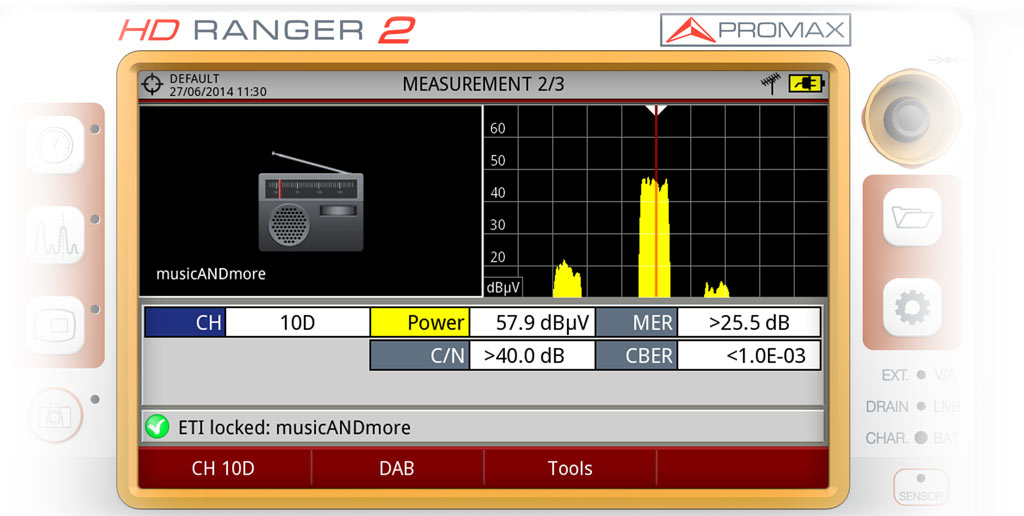 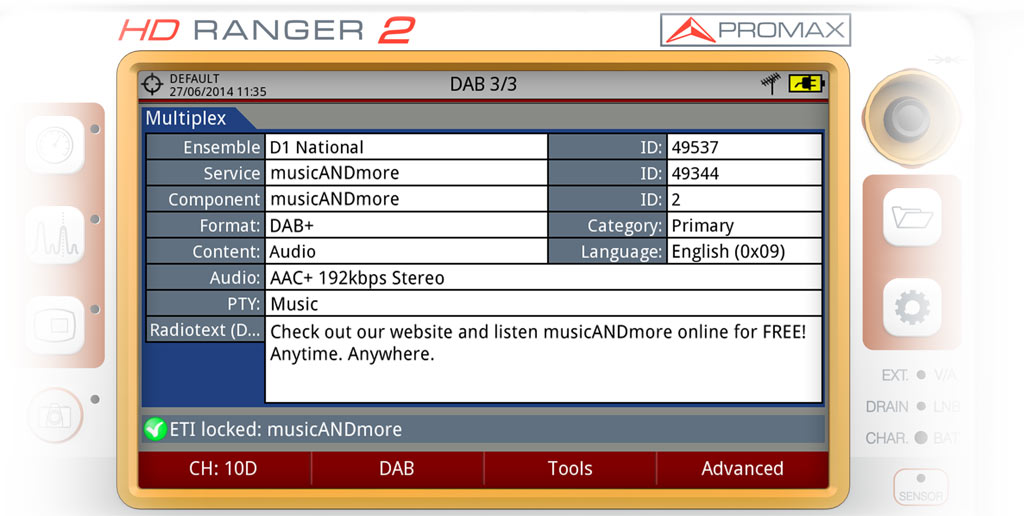 As we can see, the DAB / DAB+ option is a complete tool to analyse this type of signal. It is a useful option both in countries that are in transition to digital radio and also in countries where it has already been implemented and it has to be controlled.