PROMAX in the 2012 London Olympics

The EBU (European Broadcasting Union) has relied on PROMAX to distribute its signals from the London Olympics Games. The Spanish company will distribute signals coming from different providers, among others, from satellite and IP at different resolutions, both SD and HD in order to distribute and package them in digital multiplexes, so they will be distributed to all international customers of Eurovision that will cover information of the 2012 Olympics Games.

The equipment selected has been the PROMAX Digital To TV (DTTV) head-end, which is very flexible thanks to the several transmodulation modules available. At the Eurovision installation more than 40 adjacent channels are occupied.

The Digital To TV head-end (DTTV) of PROMAX allows great flexibility of use due to the several modules available that obtain signals with an error / modulation MER greater than 40 dB (Measurement of the signal-noise ratio digitally modulated), in any of the work places of the accredited journalists. 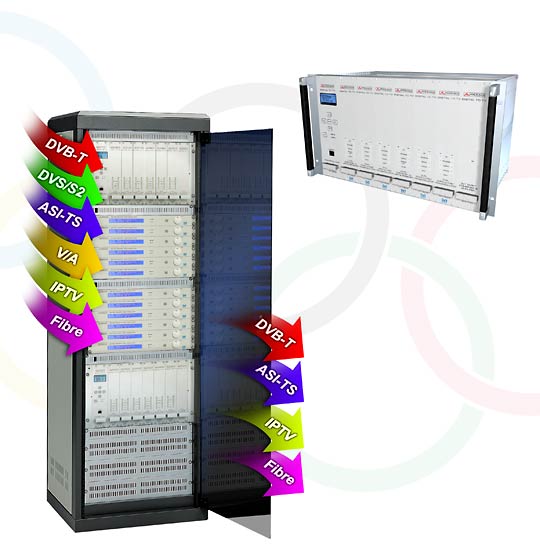 In places where the signal to broadcast has to be Broadcast quality, is where the PROMAX  technology can develop its full potential. The ratio of cost per channel is optimum in that environment. In the EBU installation more than 40 adjacent channels can be received. The system allows COFDM modulation for both UHF and VHF. 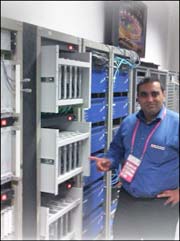 With the selection of this solution by the EBU, PROMAX will make a leap forward in levels of installation for sporting events, since the PROMAX equipments were recently selected in the African Cup of Football and they are used regularly as a system of distribution in many football stadiums, in Formula 1 and Motorcycle Grand Prix transmissions, etc.

Other applications include coverage of areas that are not satellite covered , and in buildings such as theatres, auditoriums, fairgrounds and institutional centres.

DTTV is a television distribution head-end with DVB-T (DTT) format output. The DTTV  system converts any video source, analogue or digital, to DVB-T and can insert 200 programs in the UHF band.

The DTTV distribution system also allows rearranging the spectrum by adding DTT channels that are received by antenna in the region, encoding audio and video, and once configured it is independent and can be remotely controlled via Ethernet. Available options for mounting on rack or wall.