At the 3GSM exhibition in Barcelona, PROMAX introduced its new products for DVB-H. The Digital Video Broadcasting - Handheld is a new standard based in an IP platform focus on mobile terminals. The system combines the advanced video and audio compression systems with the DVB-T transmission, this is to say the Digital Terrestrial Television standard DTT.

In our stand we have presented a new system for generation and recording of MPEG-2 and MPEG-4 streams, DVB-H modulators and measuring equipment for the transmission and test of the signal quality.

The DVB-H modulators accept transport streams with encapsulated IP packets and 8, 7, 6 and 5 MHz bandwidths for both MFN and SFN networks. 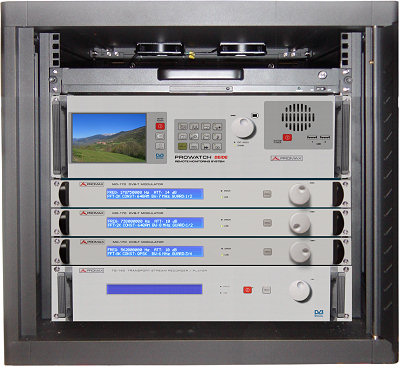 Solutions for the monitoring and mapping are also possible.

The DVB-H is totally compatible with DVB-T but, in addition it has some features to optimise the use in mobile environments with low consumption handheld receivers. Like DVB-T, the DVB-H uses 8,7 and 6 MHz channels, but also shows 5 MHz bandwidth. The main differences with DVB-T are: 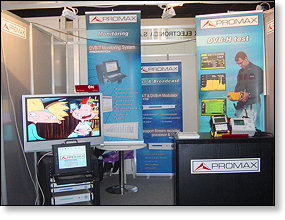